So, I started working out the other day. Yaaaaay! Okay nice for me but everyone works out, what’s the big deal, RIGHT? Let me walk you through my story a bit. Am 24 years old. I am 5’9” and weigh 57 kg. Am typically what every nutritionist would label underweight. Am so skinny, that at 21, I wouldn’t be allowed inside a club because I looked like I was still in primary school;funny the friend I was with, just graduated from high school but he was let in because he had a bigger body than mine…in all honesty, the guy is pretty huge for his age, he looks like the miniature Brock Lesner ,dude looks like Dwayne Johnson and John Cena had a baby, not that it can actually happen but you get the picture. Enough! enough! am sure that has synced in by now (Hahaha). 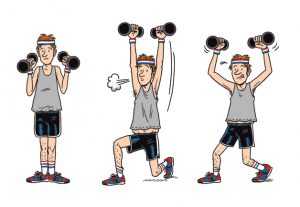 People hit the gym for different reasons: a career in becoming a bouncer like the one that wouldn’t let me inside the club, to look good enough for the opposite sex, to take Instagram selfies but also it could be to keep fit, I don’t know. Am guessing whatever floats your boat, right?

I have never had self esteem issues in my life or a problem with my physical appearance before, but as I grew older, everywhere I went jokes were made about my size. I decided to do something about it like 3 years prior to actually starting to work out. Yes! I was lazy and unmotivated. Don’t judge a brother. These things happen to every beginner from time to time. Even my ex didn’t like how I looked. But here I was, fresh out of a 2-year relationship that ended in a very ugly way. Am mad and bitter about it, trying to let some steam off, trying to get my Khloe Kardashian on and get that revenge body. Do ya’ll watch that series by the way? Okay, never mind.

But let me tell you, the universe works in a funny way. An opportunity to work inside one of the best gyms in Nairobi presented itself, like literally working and making ends meets type of opportunity. Obviously not as a trainer or anything but on the administration side of things based on my credentials. I looked at the bigger picture and how much it would really help my mental and physical health and also boost my career in so many ways and i took it.

The plot thickens. So now I work at the gym, I cannot and should not look out of shape or unhealthy in any form or manner since the gym should sell you a dream of becoming fit and healthy if you are consistent and disciplined enough. One month later I still have no idea how to exercise or what to eat but I’ve been told to stay consistent with protein rich foods and I will be good in a couple months.

Hit or be hit

SCULPT IN THE NAME OF WHATEVER!

Any cookies that may not be particularly necessary for the website to function and is used specifically to collect user personal data via analytics, ads, other embedded contents are termed as non-necessary cookies. It is mandatory to procure user consent prior to running these cookies on your website.